There has been a bit of discussion recently at work at what someone needs to do to warrant being an author. The American Astronomical Society (AAS) ethics policy states:

This seems like a perfectly reasonable, if somewhat ambiguous, definition to me. Obviously the word significant can be interpreted in different ways. My personal view is that anyone who does anything that materially contributes in even a small way should be given the opportunity to be an author. Basically, I can’t see how it hurts anyone to have extra authors on the paper.

Authorship affects the younger researchers more than the older ones. Those with tenure probably don’t need nth authorship on a paper, they have their career, but for an undergraduate or a masters student this could be a significant moment in their life! In both a positive and negative way. Positive, they see their name in print (even if they made only a modest contribution). Negative, they feel their efforts are not duly rewarded and get disillusioned with academia far earlier than necessary. Unfortunately, the older researchers seem to get added to papers as a matter of course whereas the younger scientists are often left off. In one situation I am aware of, the masters student, not knowing the system, thought it was normal to be author on a paper he helped prepare (this despite there being over 80 authors on the paper). Fortunately, when this was brought to the attention of senior people on the project the author was instructed to add him, though late enough that the paper was at the proofing stage. Whether this will help his career or not is debatable but he will always be able to say he was an author of one of the highest impact papers in exoplanet science.

Hurray! After 3 weeks of waiting for AT&T to fix things I finally have internet at my new place in San Francisco.

To back up a little, I was living in Mountain View, part of the urban sprawl that is Silicon Valley. It took me less than 15 min to cycle to work and my place was really nice but Mountain View is kinda quiet and full of guys working in the tech industry. So after weeks of umming and arring I finally made the plunge and moved into the city (SF seems to be known only as ‘the city’). I moved to the Mission District, mostly because it’s within a 10 min cycle of the Caltrain which I take to work. It’s also reputed to be one of the most fun (funnest) parts of town. It’s also full of hipsters. I do now have to commute for about 1h15m but I think it’s worth it.

Sunny today. I’m off to sit in Dolores Park for the next few hours. Bye

I’ve just finished my fourth night of observing at the MDM 1.3-m telescope. Tonight was quite windy but fortunately it did not get above the magic number of 40 mph which would have forced me to close the dome.

The telescope is pointing at the zenith (straight up, its stowing position), the dome is closed and the instrument filled with liquid nitrogen. It is definitely time for bed. However, at this point in the night I always like to stay up a little while and savour the moment. Watching the sky get brighter in complete solitude is a magical time. That and I’ve drank so much coffee in the last 6 hours sleep is out of the question. 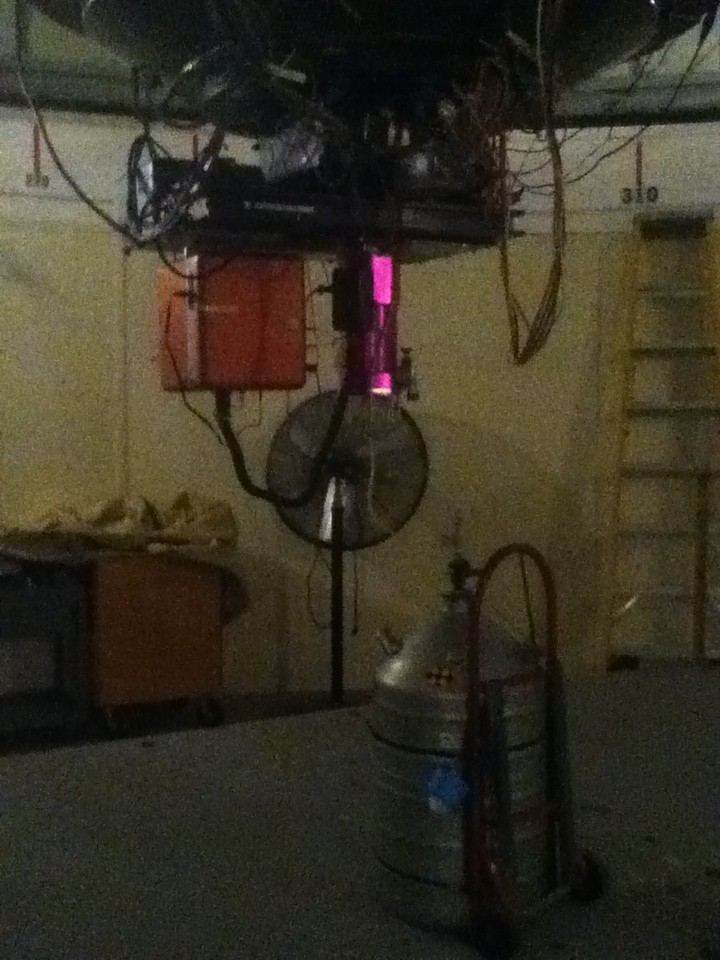 The instrument, in this case a pink CCD camera, has to be filled from the liquid nitrogen at the start and end of every night. This is the last task before bed.

Sooo….. hi. I got purchased my own website on a bit of an impulse. I figured I should probably put something onto it. So here is a first entry/attempt at a blog.

I’ve no idea how much I’ll use this or what I’ll post about. For now all I have to say is that I’m up a mountain. A mountain called Kitt Peak which host the Kitt Peak National Observatory (KPNO). I’m using the 1.3-m telescope at the MDM observatory which is a couple of miles from the main KPNO site. The Sun’s still up so there isn’t much to do yet. I’m looking for stars which vary on short periods, less than 30 minutes or so, in the Kepler field of view. The reason for this is that the Kepler spacecraft does not download to Earth all the pixels in the field of view. Instead targets must be preselected ahead of time. If we don’t know about interesting sources we can’t observe them. So I’m trying to find new interesting things.

Oh, last night the mirror cover got stuck shut on the 2.4-m telescope nearby so me so the observer on that telescope hit the stuck bit with a broom until it become unstuck. Who says science isn’t glamorous.