A paper I worked on with Tiago Campante from the University of Birmingham and many others has just been published. It’s a truly astounding system. Here are 10 cools facts 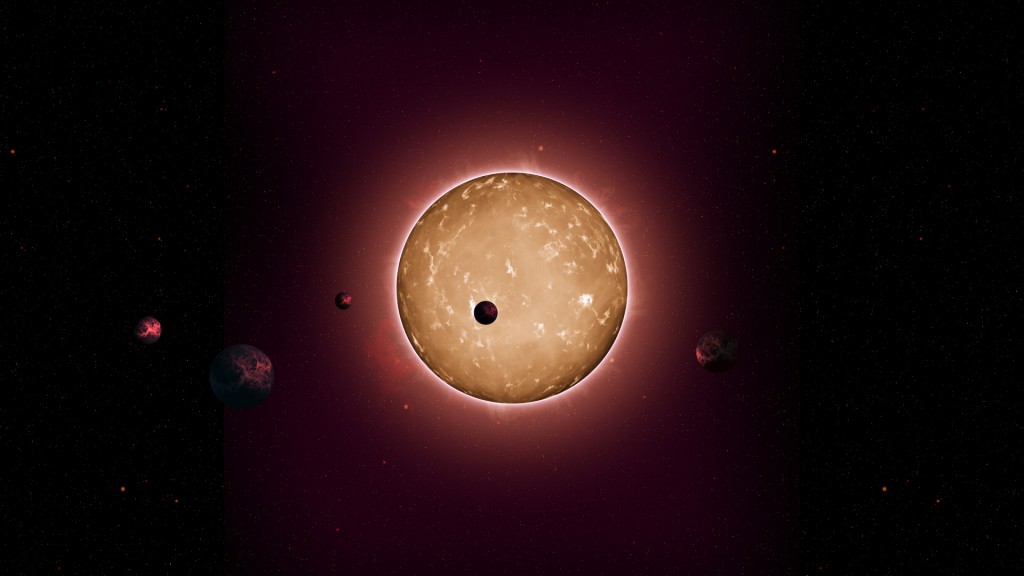 Ian Crossfield and collaborators posted a paper on arXiv earlier today announcing a system of three planets orbiting an M-dwarf star. These planets were found in data from Campaign 1 of the K2 Mission. This is a pretty spectacular effort given the data was only released three weeks ago! This announcement follows the detection of the first planet found by K2 by Andrew Vanderburg and team in December of 2014. Hopefully this is the first of many discoveries from Ian and collaborators.

The NASA Planetquest team have released three cool 50’s sci-fi style posters. One of them is for a planet from a paper Elisa Quintana and I recently put out called Kepler-186f. They also have posters for HD 40307g and Kepler-16b. They are all awesome but Kepler-16b is my favorite. I hear there are another three in the works and the hope is that there will eventually be a total of 20. 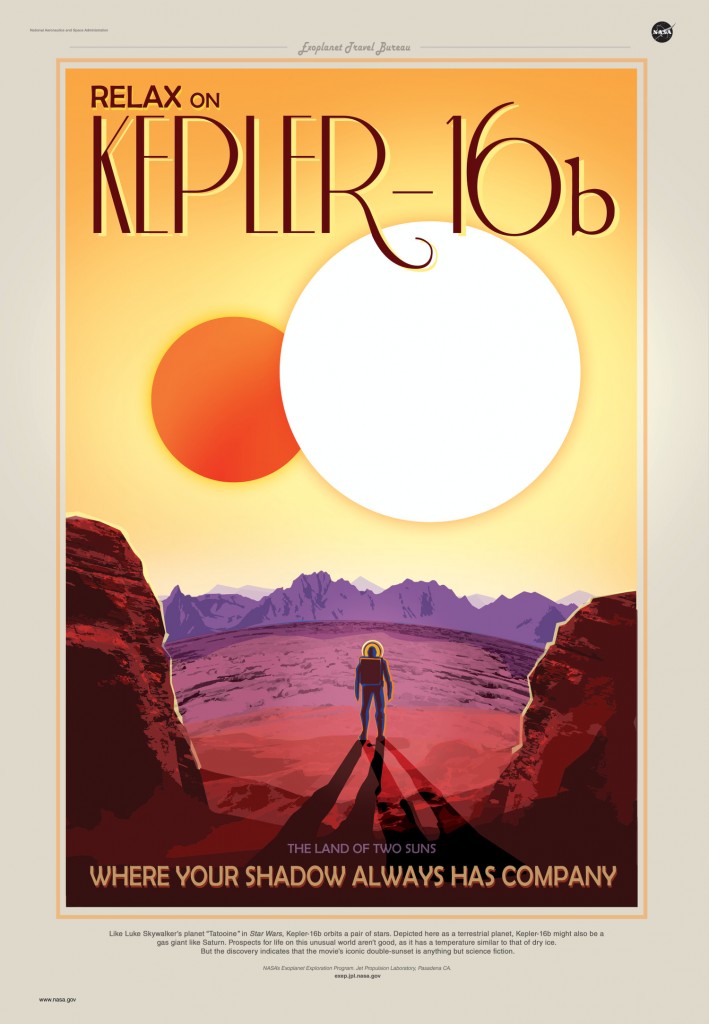 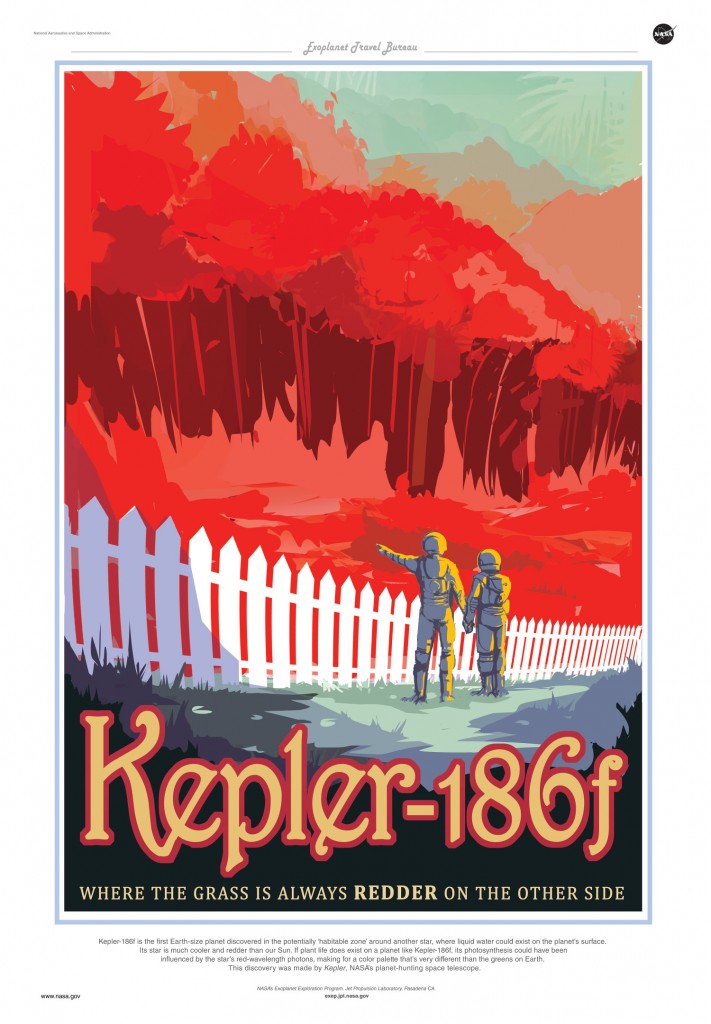 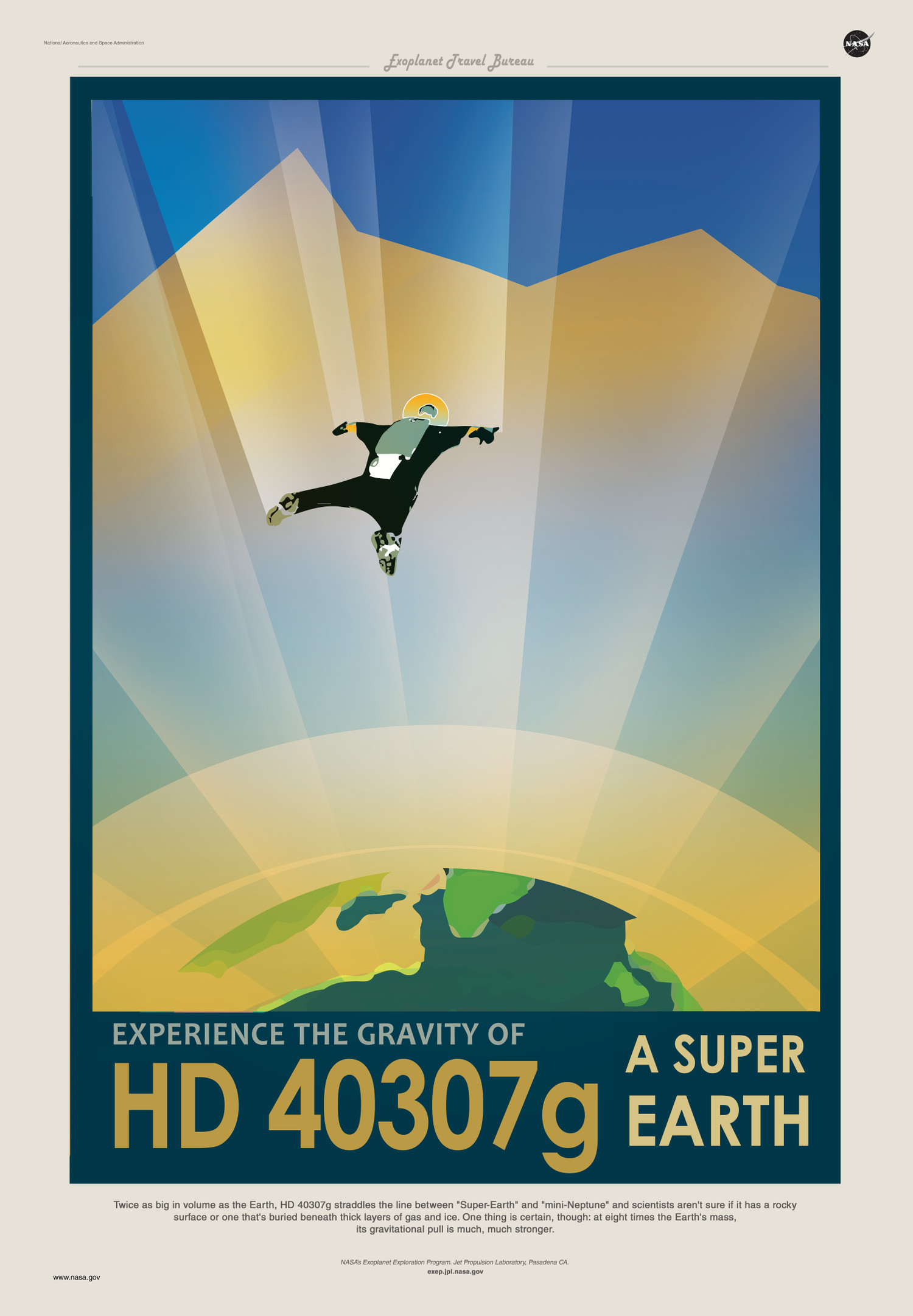 NASA announced the discovery of a dozen planets that could support life. DAMN! Just when I thought I was done booking “It’s the Girls” tour!