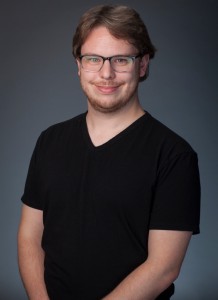 I’ve been asked to supply a bio by a few people recently so I thought I’d put one up
online. My apologies for the third person pretentiousness.

Thomas (Tom) Barclay grew up in the city of Sheffield in Northern England, UK. His undergraduate studies were performed at the University of Leeds, UK where he obtained a Bachelors degree in Physics with Astrophysics in 2006. His Masters thesis work was performed at the Jodrell Bank Observatory, part of the University of Manchester. He obtained a Master of Science degree in 2007 for work to understand Galactic dust emission. Tom then moved to Northern Ireland for his doctoral studies where he worked with Dr Gavin Ramsay at the Armagh Observatory. He was co-supervised, and was awarded his Ph.D. by, University College London in 2012. He worked on understanding the population of ultra-compact white dwarf binaries – systems with two stars that orbit each other in less than 10 mins.

After hist postgraduate studies, Tom was appointed to the Kepler Guest Observer Office at NASA Ames Research Center, California as a research scientist. He works to promote Kepler to the scientific community at large through the development of software and a dialogue. His scientific work focuses on pushing the limits of what can be done using the Kepler spacecraft. In February 2013 he reported the discovery of smallest exoplanet orbiting a main sequence star – Kepler-37b.