Last year Saul Rappaport and team reported the discover of what appeared to be a slowly disintegrating planet. The evidence pointing to this was a planet transit-like event of a body very close to its star. The size of the body appeared to change dramatically over time and the shape of the transit was not symmetric. They worked out that if they simulated a planet that was slowly losing material and had a comet-like tail they could reproduce the observations. This was a very neat discovery and there has been plenty of follow-up observations and theoretical work performed to understand that system. However, it was not clear whether this was an extremely rare event or a long lived and relatively common occurrence among very hot, small plant

Well, now we have another one. KOI-2700b is the second planet with a tail found in Kepler data. We actually identified this one a couple of years ago but could not explain what was going on (this was before the first disintegrating planet). The transit was very asymmetric in shape so we dubbed it planet Nike (as in a Nike tick).

The planet goes around its parent star every 22 hour and the tail seems to take persist for about about 5 hours. This means that the tail extends behind the planet for about a quarter of the orbital circumference.

One final cool thing we found is that the depth (and indeed shape) of the transit it changing over times. We see the transit become about half as deep over the four years we observed this planet. Seems like we caught this thing shortly before it looses its tail and becomes too small to detect. 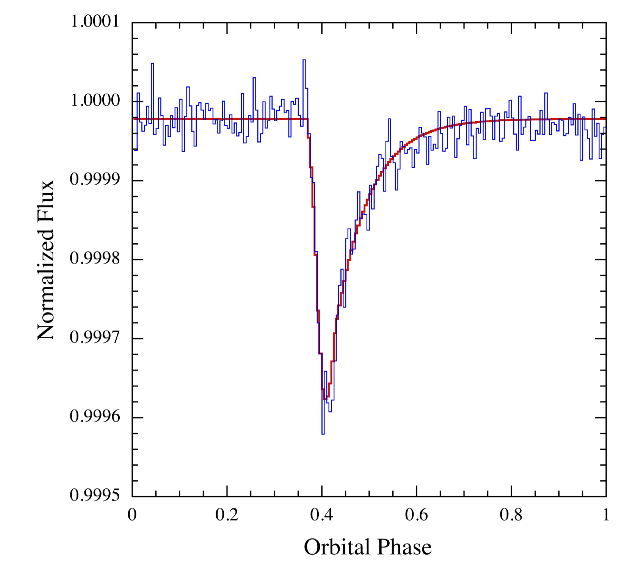 The brightness of the star KOI-2700 decreases when a planet with a large tail passes in front of it. The unusual transit shape caused us to dub this Planet Nike.

I’ve been playing with imaging data recently and found something, probably an asteroid, passing through the Kepler field of view. Its pretty relaxing if you loop it.